Each of the landowners along Colonel Nase Boulevard has the unique advantage of developing their land without having spent any upfront money to improve their property. The opportunity to subdivide new lots has provided landowners with substantial increased land values. Whereas no lots could be created prior to the development of the Boulevard, new lots can now front a public street provided with sanitary and storm sewer services and power!

The Town has adopted by-laws to ensure that a portion of the costs to the municipality are recouped from the landowners taking advantage of these increased lot values. The Infrastructure Charge will not include overhead and profit generally accounted for in a private venture project nor the interest charges that the Town will be paying over the next 15 years on the money spent to construct the project.

Further Benefits to the Landowners 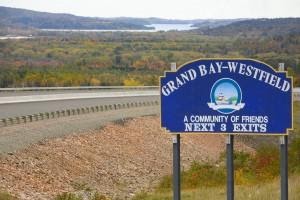 For example, a new property that may be created out of an existing property along Colonel Nase Boulevard could theoretically have a Market Value of $100,000. If the required payment to the Town for the Infrastructure Charge is $30,000 (minimum 50 m width), that would provide the landowner a profit of roughly $70,000 for property that may have been worth less than $2,000 prior to the construction of the Boulevard. The remainder of the lot or “remnant lot” is not subject to the Infrastructure Charge fronting Colonel Nase Boulevard (unless further subdivision occurs).